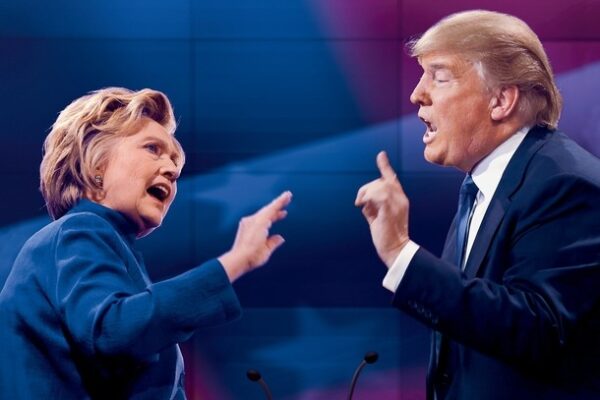 The words ‘debate’ and ‘battery’ might seem to have little in common, although both have been in the news recently: production of a notable brand of smartphone has been stopped due to the risk of its battery catching fire, while the televised debates between the US presidential candidates have also made the headlines around the world.

Yes these words share the three letters -bat- and both can be traced back the same root: the Latin verb battuere, which means ‘to beat or knock’. This is also the root of some other familiar words, such as ‘battle’ and ‘combat’.

In the case of ‘debate’, the process of word-creation is relatively straightforward. The Latin verb gave rise to the French debatre, meaning ‘to knock down’ or ‘to fight’, which then acquired the sense of ‘to argue about’. In English, a debate was originally a fight or an argument, but it has also become the standard word for a formal discussion between people with opposing views.

With the word ‘battery’, however, the process that brought about the current use of the word is more like a game of Chinese whispers. It goes something like this: the Latin verb battuere came into French as battre, meaning ‘to hit’; this gave rise to the noun batterie, meaning ‘a beating’ or ‘a set of things have been hammered’ (batterie is still used in French to mean a drum-kit); over time a ‘battery’ came to refer to any set of metal objects and particularly to a unit of artillery weapons; in the 18th century a group of metal conductors was arranged in a series to provide an electrical current, and this arrangement was thought to resemble a unit of artillery weapons and so was called a ‘battery’.

The modern batteries that we use in phones and cameras may have come a long way from their 18th-century predecessors, but the unfortunate experience of some smartphone users suggests that, like the artillery units after which they are named, they can still wreak destruction.