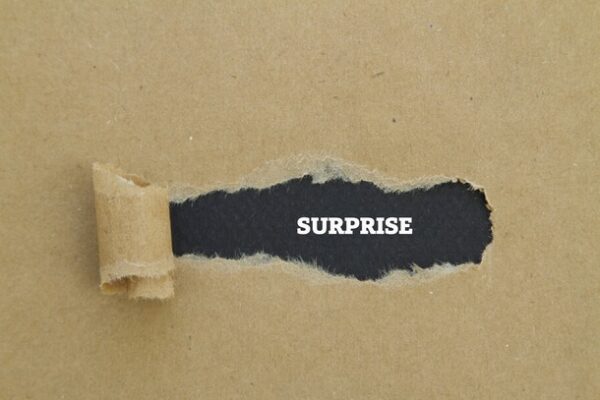 The election of Donald J Trump as the forty-fifth president of the United States certainly came as a surprise to many people. But why do we call an event that was not expected to happen a surprise?

‘Surprise’ is one of five common English words that ends in ‘-prise’. Like the other four (‘apprise’, comprise, enterprise, and reprise) its final part comes the French word prise, which means ‘taken’. This French word is derived from the Latin prehensus, and so the words that end in ‘-prise’ are related to words such as apprehension, and comprehension, which came into English directly from Latin and have not been influenced by French.

The ‘sur’ part of ‘surprise’ also comes French and means ‘over’ or ‘beyond’. So if you are surprised, you are literally ‘overtaken’ by something that you did not see coming. The word ‘surprise’ was first used in English to refer to an unexpected attack or ambush by a body of soldiers. Over time it acquired a more positive meaning, so that now we tend to think of a surprise as being something that we might enjoy, such as an unexpected birthday treat. This is borne out by the fact that adjective most commonly used before ‘surprise’ is pleasant – although unpleasant and nasty also feature prominently on the list.