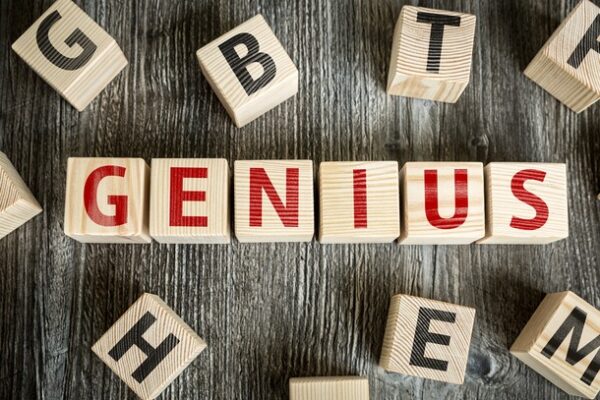 We take a look at the etymology behind the word ‘genius’

Genius
The arrival on our television screens of the show Child Genius prompts this month’s Etymology Corner to look into why we refer to people who possess uncanny mental ability as ‘geniuses’.

The idea of a ‘genius’ originated in ancient Rome. The Romans believed that all people had a guiding spirit that attended them throughout their lives. Because this spirit was born with the person it was called a ‘genius’ (from the Latin verb gignere meaning ‘to give birth or bring forth’ – which also happens to be the root of our word ‘generate’). A person’s ‘genius’ dictated their unique personality and disposition. So if a person had an outstanding talent or ability, it was believed that this was due to their ‘genius’. From here it was a natural step for the word ‘genius’ to be used not only of the spirit that inspired a talent but also of the talent itself.

When the word was first used in English, people still talked about ‘having a genius’. However, ideas about guiding spirits eventually gave way to more rational explanations of mental ability, and this brought about a further development in the use of word: ‘genius’ was now applied to the person who displayed the remarkable talent, so that as well as talking about someone ‘having a genius’ you could also talk about them ‘being a genius’.