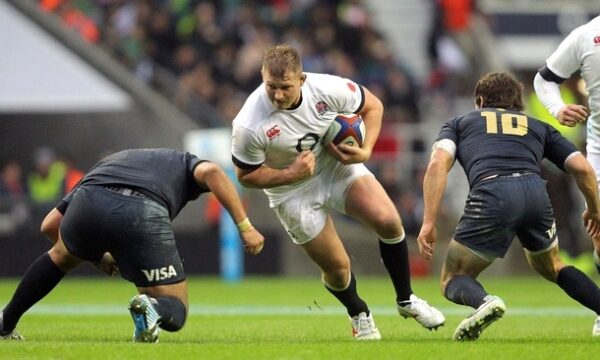 The Six Nations begin tomorrow so we’ve decided to look at the etymology behind the word ‘rugby’.

‘Rugby’ is what is known in etymological parlance as a toponym: a word that is derived from a place-name. In this case the word comes from the town of Rugby in Warwickshire, for the story goes that it was while playing football at Rugby School in 1823 that a boy called William Webb Ellis first decided to catch the ball and run with it rather than to kick it, thus creating a distinctively new type of game.

Just how much truth there is in the story of Webb Ellis’s invention of the game is a matter of dispute. There is some evidence that the game evolved more gradually than this and that the story of William Webb Ellis was concocted or embellished later to give the game a memorable foundation myth which conveniently positioned Rugby as its spiritual home. Whatever the truth of the matter, the story caught on, and the game has certainly given the town of Rugby a permanent place in the English language.

Rugby is not the only place to immortalized in the name of a sport or game. The public school at Eton in Berkshire has given its name to both Eton Fives and the Eton Wall Game, and the sport of badminton is named after the village of Badminton in Gloucestershire, where it was popularized at the country house of the Duke of Beaufort in the 19th century. Tradition has it that during a particularly cold winter the duke’s children were unable to play outside. Forced to play indoors, they took to using a feathered shuttlecock as this would not damage the valuable paintings and furnishings in the great house. As with the story of William Webb Ellis, however, it is not certain whether this story is history or merely colourful mythology.