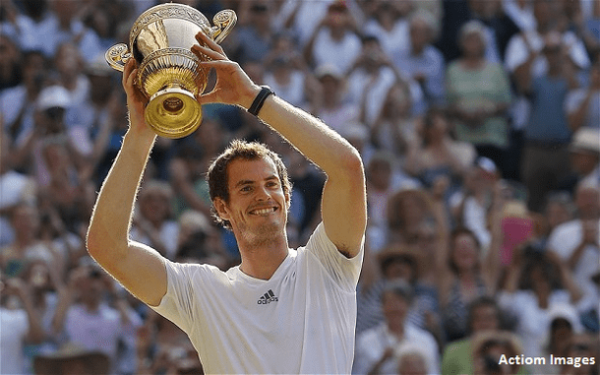 It’s that time of year again. Brits are assuming position on Henman Hill, or as it’s more commonly come to be known as, ‘Murray Mound’, with strawberries and cream in one hand and a glass of Pimm’s in the other. To celebrate the return of Wimbledon, we’ve examined the etymology of the word ‘tennis’.

The modern game of tennis derives from the much older game we now call ‘real tennis’. In that game, the server would call ‘tenetz!’ (an Anglo-French word meaning ‘take this!’) before starting play. This call evolved into ‘tennis’, which became the name of the game.

In the 1870s, a Welsh army officer called Walter Wingfield introduced a new form of tennis which he called ‘sphairistike’ (from the Greek phrase sphairistike tekhne, meaning ‘the skill of playing with a ball’). The name didn’t catch on, but the new game flourished, first under the alternative name of ‘lawn tennis’ and then simply as ‘tennis’.