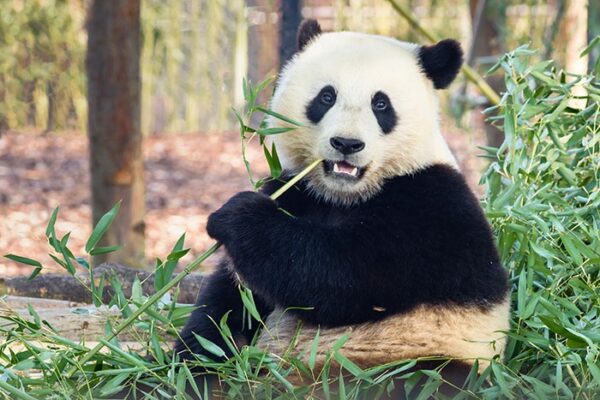 Lucy Mangan takes on panda worship, imaginary children, and the apocalypse – all of which should be expected when looking at the latest new word submissions

I don’t know if it speaks to my lack of imagination, education or religious inclination that my first thought on seeing Knuj’s submission, ‘pandeism’ was that it denoted a small – and ideally growing – cult that worships pandas. In my defence, I did quickly dismiss this notion. But I replaced it with the hope that there might, somewhere out there, be a group of idolaters who revere bread; not as either the symbolic or transubstantiated body of Christ but, like, barm cakes. A creed devoted to praising the granary cob is one I could wholly get behind. But apparently it means a religion that is a blend of deism (you don’t need revelations, miracles, dogma or any other bit of the kit and caboodle that traditional forms of Christianity would like you to sign up for. Observation of the wonder of the world all around us should be enough to prove to you the existence of God) and pantheism (God is the universe and the universe is God. He is a God who looked around and thought – ‘Omnipotence? Omniscience? Nah, not good enough. Immanence? Yeah, that’s where it’s at.’). I hope that’s clear.

I don’t know whether someone put some religiosity in the water supply last week, but we also had ‘roundravime’ submitted (by amaguru.dsage), meaning a sweeping, divine storm that will destroy the earth at the second coming – and also, I’ll wager, play havoc with your Sky reception.

Obviously I am not qualified to wander into deep theological waters, but I bet that you wouldn’t get anything like that from a panda god. Or a baguette.

Although I can’t stand children in real life, I formed an immediate and enduring attachment to ‘siblikids’ (submitted by kurilowicz) on sight. It means the children of one’s siblings. My sister has yet to sprog, but when I am at last on the path to multiple aunthood I fully intend to be one both so eccentric and so lazy that I will require one single, entertaining word to replace the both laborious and prosaic ‘nieces and nephews’ to cover them all. Now I have it. So, thank you kindly kurilowicz.

I also applaud stgLockDown’s ‘susiecute’, less for the word itself (though I do love it) than for the strangulated howl of pain contained in the definition provided with the submission: ‘to be as cute as humanly possible without any other definition in the world to fit just the perfect way of saying it.’ I shall think of this evermore as the first verse of The Lexicographer’s Lament, whose chorus of course goes ‘Dude, I know ‘xackly what you mean.’.

On the other hand, if ‘yeperdoodles’ – submitted by Daved Wachsman and meaning, apparently, to agree with something you think cool and awesome – was ever, is now, or ever becomes a word in common usage amongst people gifted with reason and sentience by whatever god you believe in, be he, she or it pantheistic, deistic, hirsute or wholemeal, this world and I will have to part company. Anyone who hears it in normal conversation, cover your ears and start praying hard that the roundravime cometh, and cometh right soon.