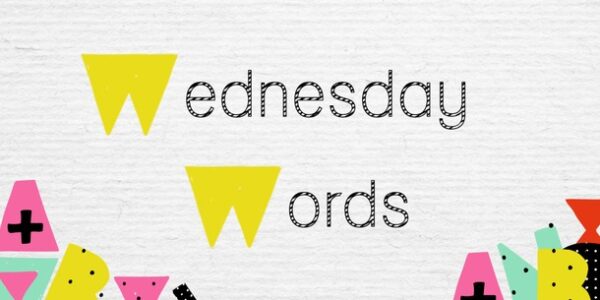 From ‘trickini’ to ‘zoodles’, Lucy Mangan takes a look at your recent word submissions

There is just time, in the dog days of August, for the ‘trickini’ (submitted by tikitaka) to make an appearance. This is underwear that passes muster as a bikini, for those days when – um – I guess you can’t be bothered to put a bikini on instead of underwear before you go to the beach. Then I presume you can let it dry afterwards, put your clothes back on and go about your day. I’m not sure. I have literally never worn a bikini. This is a personal choice, though people do thank me for it.

I eschew swimwear largely because of my aversion to exercise and my preference for “dude food” over “zoodles” and the like. These are comestibles contributed to this word picnic by veteran AustinAllegro and newbie Kalayzich respectively. Zoodles are pasta – or noodles, as it hails from across the pond – made from courgettes (or zucchini, as ditto) and about as much fun as that sounds. Dude food is, as far as I can gather, anything greasy, calorific, tasty and likely to give clean eaters a heart attack at the mere thought of consuming it. Ah, what sweet, ironic justice that would be.

Perhaps we should try and meet – or meat – in the middle with a spot of “demitarianism”. Submitted by another newcomer to the fold, 94browne (welcome! And to you, by the way, Kalayzich), it refers to the practice of trying to reduce your meat consumption by half so that you, the planet and at least some animals may live a little longer. A nice thought. I will try to hold onto it the next time someone puts a place of spiralised nonsense in front of me and calls it a meal.

Here’s another eco-measure you might like to try – “xeriscaping” your garden. According to thomas_dreiling, this refers to designing in such a way as to minimise a territory’s irrigation requirements. Cacti, mulching and native grasses are your friends – old-fashioned lawns, sprinklers and climate change denial are not. I paraphrase, but not by much.

But enough of these unhappy contemplations. Thomas_dreiling also gives us the “playpusary” – a nursery for platypuses, coined by the man who constructed the first successful one; the Australian naturalist Henry Burrell. You live and learn, eh? You live and learn.

Back in the modern and wholly unnatural world, MelonyLiar provides us with the phrase “phone stacking” – putting your phones in the middle of the table when you are out with friends so that you engage with the latter instead constantly checking your messages all night and “phubbing” (snubbing by prioritising the virtual companions on your phone) them. Possible exceptions may be made if you are expecting an important message from or delivery of funds into your “neobank”, a submission from runriot meaning a bank that only exists as an app, like Tandem or Mondo, without brick-and-mortar branches. O brave new world, that has such pixellated cash in it.

Right, see you in a fortnight – I’m off to build my own platypusary. Someone’s got to live the semiaquatic egg-laying mammalian dream.