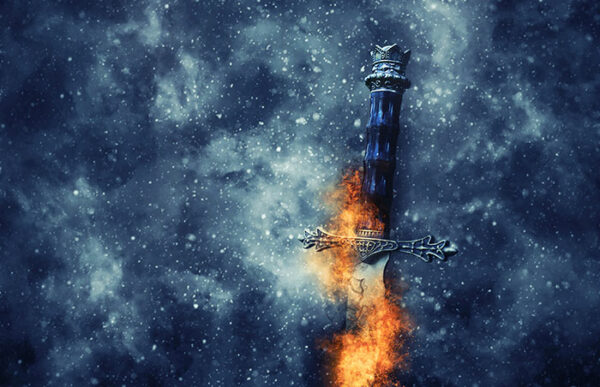 Fans of the HBO TV series Game of Thrones will be well acquainted with its unique vocabulary and the various terms of the Valyrian, Braavosi and Dothraki languages.

However, had you only ever read the novels in the series A Song of Ice and Fire, then your vocabulary would be much smaller: while author George R. R. Martin created the basic concepts of High Valyrian and its descendant languages, linguist David J. Peterson developed the languages for the TV series.

Peterson, conlanger (creator of conlangs, or constructed languages) and co-founder of the Language Creation Society, was chosen from thirty others to work as Game of Thrones’ dedicated conlanger. To gain this position, he initially delivered 1,700 Dothraki words to producers, and the vocabulary of the language now stands at around 4,000 words.

The languages of Game of Thrones all derive from fragments mentioned in the books, although to grow them Peterson took influences from Turkish, Russian, Estonian, Inuktitut and Swahili, and worked with other constraints determined by television producers, mainly that the languages be easily pronounceable and learnable.

So, how familiar with the show’s vocabulary and each of its many conlangs are Game of Thrones followers?

Turncloak
An archaic-sounding adaptation of ‘turncoat’, a treacherous person who deserts one cause in order to join an opposing one.

Direwolf
A giant wolf, named after a real-world wolf that has been extinct for around 10,000 years. The word ‘dire’ derives from the Latin word dīrus meaning ominous or fearful.

Milk of the poppy
An anaesthetic or painkilling drink with addictive properties, the term undoubtedly plays on the idea of opium, which is also known as ‘poppy tears’.

Maester
One of an order of scholars and healers who focus on scientific knowledge and have a disdain for magic. Maesters are recognised by a chain around their necks, each link in the chain filled with a different substance to indicate their expertise in different fields of study, such as medicine and healing, money and accounting, warcraft or magic.

Meereenese knot
A difficult act of contortion or sexual gymnastics, named after the city of Meereen in Slaver’s Bay. It has also been used to refer to the exceedingly complicated problems and deadlocks encountered by George R.R. Martin while writing the fifth novel in the series, A Dance with Dragons.

The Wall
A 700-foot structure made of solid ice that is defended by the Night’s Watch and (usually) keeps out the wildings, or Free Folk, who live north of the Wall.

Remember, vowels with a macron over them (ī, ȳ, ū, ē, ō and ā) are held for twice as long as usual.

Avy jorrāelan
I love you.

Khaleesi
The wife of the khal, who is the warlord of a khalasar, a Dothraki clan or tribe

Hash yer dothrae chek?
‘How are you?’, literally ‘do you ride well?’

Ki fin yeni!
‘What is this?’, literally ‘by what failure!’

Jalan atthirari anni
A term of endearment, literally meaning ‘the moon of my life’

Thirat atthiraride
‘To dream’, literally ‘to live a wooden life’

(P.S. If you’re looking to learn a language, take a look at our Learning Languages hub)