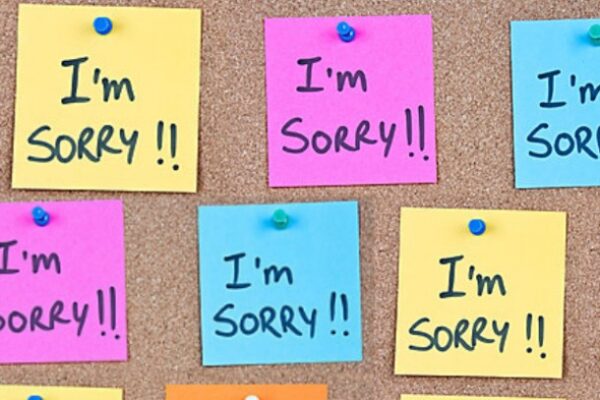 Lucy Mangan looks at your first word submissions of 2016

Happy New Year to you all! I trust you all had a lovely break and are now enjoying unparalleled success with your chosen resolutions. I am not. But in a crazy twist no one saw coming, I have conceived another one which renders any guilt or fretting about this impossible.

Anna_Harrison’s submission to this first blog entry of 2016 has revealed to me that I spend my life in a state of “perpetuapology” – perpetual apology, obvs – to myself, to others, to passing strangers, friends and family and that it is both futile and wearisome. I strike the board and cry “No more!” And hopefully cry no more. So far I am feeling pretty good. Recommend it to all those similarly inclined. Stop internally mugging yourselves, perpetuapologetics! Let us learn this year to be free!

If your political inclinations allow, you could indulge instead, perhaps, in a little “Corbynfreude”. Contributed by davidfouracre (whose name gives off a suitably landowning-Tory-squireship vibe), it means taking pleasure in the misfortunes of the Labour Party as currently constituted. I am writing this in the wake of the world’s longest and most absurd reshuffle and although I have no acres to my name, I am almost of the opinion that we might as well take whatever bitter pleasure we can in the spectacle, because…well, sheesh. There seems to be little else to hope for.

No. Let’s not do this! Let us turn to happier contributions. “Poverty owner” is a valiant effort, contributed by Ashok, to put a positive spin on being poor. Coming soon to a PMQs near you, I fear. “Poptimism”, from Tommy, referring to the belief that popular music should be treated as respectfully as other forms. Thumbs up to that! We shall banish Corbynfreude with thoughts of musical egalitarianism at least.

And let us further collapse divisions (or possibly remove useful distinctions – we can discuss this at a later date) by introducing contributor RDS’s word “banglet”; a bangle that looks like a bracelet or vice versa. This sent me enjoyably off down the rabbit hole, trying to define what makes the one the one and the other the other. In short, it seems that a bracelet has a clasp, can be worn on its own and is generally a bit fancier than a bangle, which is plainer, solid and generally worn with others of its ilk. But this is all unfashionably binary and unfluid, no? “Banglet” is surely an umbrella term whose time has come.

“Moviewing” from prasannas is a very useful word for the equally useful practice of reading a review of a movie in order to decide whether to go and see it. Especially if you know which reviewers to trust in this age of “anonamalysm” (the practice of remaining anonymous, submitted by Abbiemaetylerwebb – whose own name admirably bucks the trend).

I also very much like “google-d-goop” from leofoneil, referring to the unwanted returns you get from an internet search, “creedle” from mario.gilgomez (used particularly in gaming, it means to sneak up quietly on someone – a blend, I presume, of ‘creep’ and ‘sidle’, and surely worthy of wider application) and “bandex” (a kink in the hair, according to jen89,after – I suspect – removing a hair elastic.)

A splendid selection to kick off the new year. Keep ’em coming, do, and I’ll see you back here in a fortnight. In the meantime, I’m going to creedle up on the last few Quality Street. Sorry, not sorry.