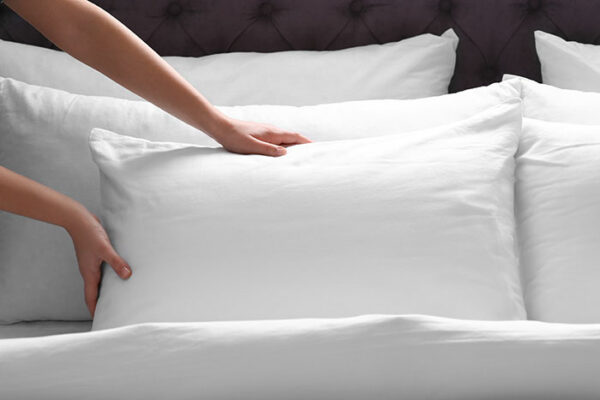 Hello again! And how’ve you been? I am a near-broken woman after London Fashion Week – not that my body, wardrobe and penchant for consuming calories daily will collectively or individually attest to this, because I haven’t been anywhere near the shows.

It’s because of the close contact it brings even the most careful reader into with the agonising ‘Fashion Singular’. As you may have noticed, those in the sartorial know do not wear trousers, shoes or tights like us mere mortals. They wear ‘a trouser’, ‘a shoe’ and ‘a tight’. WT singular F is ‘a tight’, do you think?

In the continuing absence of phalanxes of unipedal models hopping down the runway, I would like to see this monstrous affectation retired forthwith. It is clearly the product of minds deranged by lack of food. I suggest that users eat a sandwich three times a day and see if sanity and plurality return.

Let us turn to the latest submissions for a restorative draught of useful additions to the language. For example, drdanoconnor’s ‘wikipparently’, an adjective denoting the fact that the bolus of information just or about to be disgorged has been amassed from a cursory reading of the online encyclopaedia and print death knell Wikipedia. To which the only possible response can be: How have we made it this far without it? Add it to your daily word stock instantly.

Similarly, ‘plumfel’ from stuart– to sort or plump pillows etc. In our family, my mother always used to ‘bumphle’ the sofa cushions (and then not allow us to sit on them for at least two hours in order to make the effort worthwhile. To this day, my father still arrests his descent onto the things until he has received a nod of permission from her. He has the thighs of an Indian brave and the psyche of a long-term hostage.) I would be delighted to hear of any other variations on the theme, to add to my forthcoming book, Splish, Splosh, Splash, Splatter – Why Onomatopoeia Rules, so do keep them coming.

Then we come to ‘hippopotomonstrosesquipedaliaphobia’, submitted by KingofPen15 – on the subject of whose name I have decided discretion is the better part of discussion. He gives the definition as ‘fear of long words’ but I would contend that as it is built round ‘sesquipedal’ (meaning ‘the tendency to use very long words’, taken from the Latin for ‘Will Self novel’), it must denote ‘fear of very, very (and indeed quite possibly very) long words’. If not ‘fear of insanely long and patently made up – though there’s certainly no harm in that – words’. However, your thoughts/opinions/passionate-but-groundless assertions are as ever hugely welcome and, in this case, the more polysyllabically rendered the better.

The definition of ‘twillock’, submitted by Arbeeamow, is almost as charming as the word itself. “I am informed by my wife who coined the word some years ago that it is in fact a combination of ‘twit’ and ‘pillock’. It is used as a very mild, inoffensive word meant to imply that a person’s remarks are rather foolish and unhelpful.” It paints a heart-warming picture of the Arbeeamow marital home, where the occasional minor bicker never truly disturbs the essential felicity of it all. I try not to dwell on the fact that in the Mangan marital home, the equivalent is ‘twunt’ and we move rapidly linguistically downhill from there.

Finally, I’d like to mention ‘exhaustipated’ (‘too tired to give a shit’, submitted by shouldgetoutmore), ‘jabba’ (‘obese ex-media guy who hated bloggers and is now out of his depth even further trying his hand at PR and blogging’, by Jimtraynor) and ‘fluddle’ (whose definition, supplied by marthamoo, is ‘a very large puddle often found on roads next to flood warning signs’). I’ve selected these not so much because the words themselves caught my attention, but because the common note of weary desperation suggested that their submitters are all in need of a hug. Guys, we hear you. And if you ever want to talk about it, just let us know.