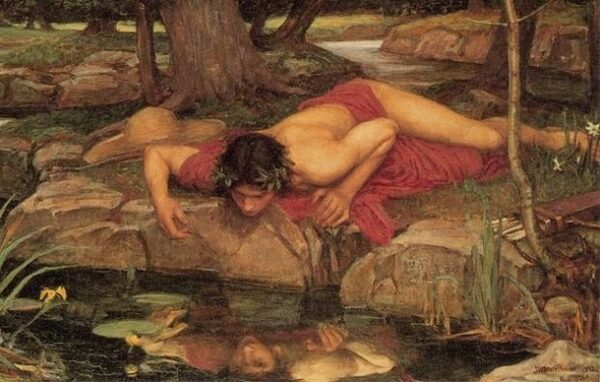 The English language is evolving all the time. Over 50,000 new words were added to the 12th edition of the Collins English Dictionary in 2014, and the definitions of many pre-existing words had altered according to popular usage. Dr Craig Malkin, clinical psychologist and author of The Narcissist Test, reflects on the meaning we attribute to ‘narcissism’ and proposes a new definition for the word.

Is it any wonder that the current dictionary definition of narcissism reflects our suspicion that we should avoid it at all costs? Who would feel good about becoming completely self-obsessed or overly fond of—um—their endowments? And, indeed, some of the most famous people in history have warned against the dangers of narcissism.

Even the father of psychoanalysis, Sigmund Freud, felt narcissism was mostly bad for us, and he proposed that the cure for an excess of it was authentic love: “Whoever loves becomes humble. Those who love have, so to speak, pawned a part of their narcissism.”

Other writers quickly latched on to the dangers of narcissism. Poet Sylvia Plath sheepishly admitted, “I think writers are the most narcissistic people. But then she corrected herself, worried no doubt, that she might be less popular at dinner parties if she let the comment stand. “Well, I mustn’t say this, I like many of them, a great many of my friends are writers.”

More recently, the Pope, himself, blasted the culture of the church for what he saw as a rampant disease of self-indulgence, “Narcissism in theologians and in thinkers is harmful and repugnant.”

But unlike today’s social critics, Freud felt narcissism was a part of the human condition. We can’t ever get rid of it—this need to see ourselves as more important than we actually are. He was convinced we need some narcissism. We don’t want to “pawn” all of it off, even on something as wonderful as love.

And despite the word’s negative connotations, Freud was right.

Emerging research, using new measures, including my own narcissism spectrum scale, has been challenging popular usage by pointing out the ways that a dash of narcissism is vital to our health and happiness.

Take the common idea that narcissism is about feeling special. A quarter century of research shows that most healthy people, to quote University of Washington psychologist Jonathan Brown, feel “exceptional or unique.” And it helps them.

Among the benefits: gregariousness, happiness, motivation, ambition, creativity, the capacity to quickly recover from loss and tragedy—and even a greater ability to give and receive help in our relationships.

It’s too much narcissism that’s the problem. Rigidly and reflexively puffing ourselves up, bragging, demanding special treatment at every turn, or worse—manipulating and lying to the people who love us. These are all hallmarks of unhealthy narcissism, which is what Sylvia Plath and the Holy See seem to have in mind.

Is it time for a new definition?
Narcissism: a universal human tendency, the drive to feel special.
Pathological when excessive (see extreme narcissism).

It’s time to recognize the good in narcissism. It’s clearly all around us.

And if you’d like to see if you have too much (or too little), you can take the test right here. 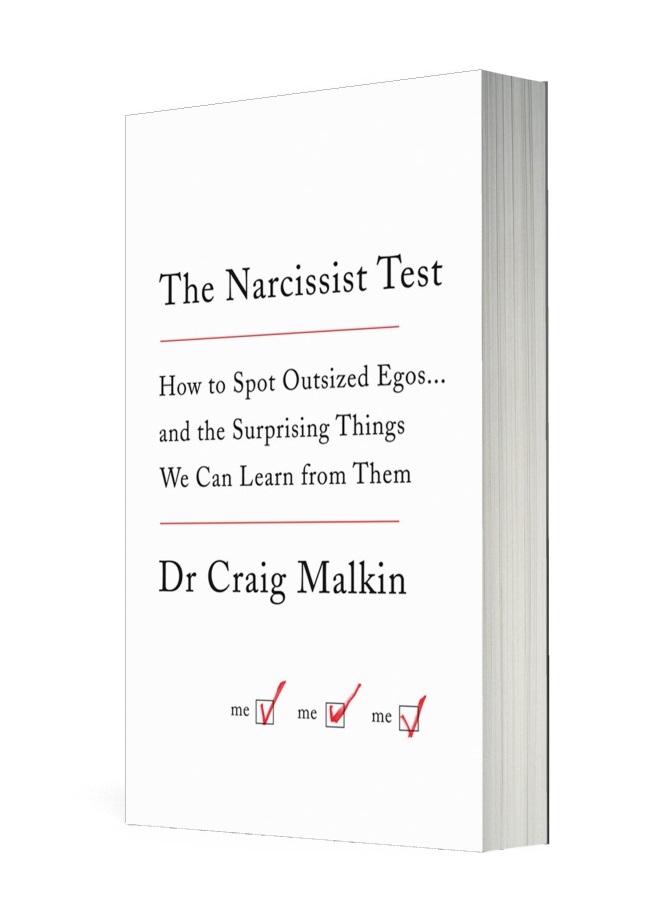 Do you agree with Dr Craig Malkin about the meaning and usage of narcissism?

The Narcissist Test is published 16 July by Harper Thorsons (£10.99, paperback).