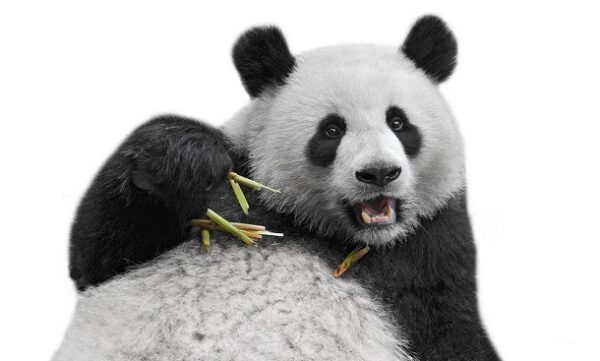 ‘Pandafication’, ‘Jockalypse’, and a word with no meaning are among the new word suggestions dissected by Lucy Mangan

Thank you first of all to moneill, for “whaling” – a form of phishing (nefarious emailing to try and extract sensitive data from unsuspecting recipients) that targets company executives instead of average Joes with their only averagely valuable information. Phishing for bigger fish = whaling! PLEASING!

“Flakka”, submitted by tikitaka – perhaps before they both disappear down a k-hole – is apparently the drug du jour. New, synthetic, currently sweeping Florida and generating a mass of headlines far more enjoyable than actually consuming the thing (which according to doctors leads to hyperthermia, psychosis, super-strength and, if not medically attended to very quickly, death). “Designer drug flakka makes people have sex with trees,” is possibly my favourite, very closely followed by “Flakka drug craze causes naked paranoiacs to break into police stations”. Whole host of questions there. What makes you think the pigs aren’t out to get you? They’re the worst, man!

It may make it over here, perhaps as part of the impending “Jockalypse” (the state of chaos to be brought about by the advent of so many SNP MPs to the House of Commons, which otherwise does such a bang-up job of making all of life sunshine and roses) and the “pandafication” of Parliament (the reduction of the number of sitting MPs of a given party to roughly that of the number of pandas resident at Edinburgh zoo. Thank you to RobertG for this discommoding vision of the future.

Careypoetess submits “starkist”, meaning “to be blessed by luck or fortune; a favourable outcome.” I foresee a couple of problems. One, intolerant, unpoetical people like me who wish black death and fury on anything within hailing distance of twee will immediately roar “Starkist? Starkist? Star-kissed is bad enough! Stop making everything worse! Stop making everything worse!”. And two – although I am not a dedicated Game of Thrones fan, there are a lot of them around and the rest of us have absorbed enough of the thing by osmosis to make “starkist” seem primarily the adjectival form of Winterfell’s first family. And, unless I am hugely mistaken, you would be looking a long time at any Stark before you were reminded of anyone blessed by luck or fortune. And favourable outcomes seem in short supply throughout Westeros, unless in the final season it all turns out to be a crazy dream Peter Dinklage is having while he naps in his agent’s waiting room.

Sometimes Collins’ Online Dictionary receives a submission that is not so much an intellectual contribution to the work in progress as a heartfelt cri de coeur that near breaks our own collective heart. Such a submission is Frank369’s “exomion – a valid Scrabble word”. It does not of course mean “valid Scrabble word.” But I think we can all intuit the world of pain that lies behind Frank369’s words. Especially when a spot of Googling reveals that it does not in fact appear to have a definition. It is not, in short, a word at all. But we hear you, Frank369. It looks like a word. It sounds like a word. It is handsome and well-formed. It SHOULD be a word, and it should most certainly be valid in Scrabble. We will find you a meaning for this potentially excellent addition to the corpus. It’s a bit of a departure from the traditional work of a dictionary, but what’s life without a little mission creep?

See you next time with an answer, I hope.