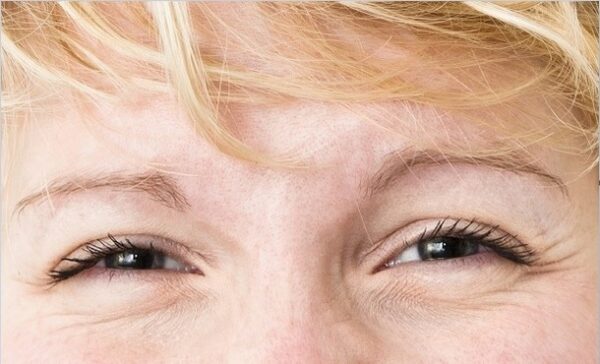 I accidentally went out with a young person the other evening and she insisted on taking a selfie with me in the frame. “Smize!” she said. “We barely know each other,” I said, shocked. “It means ‘smile with your eyes’,” she said. I think she thought she was explaining.

Further research when I was home, safe and back in my bath chair revealed that it is what Tyra Banks has been urging competitors to do for many seasons of America’s Next Top Model and has been adopted as a mantra by the selfie community. You’re basically trying to look less like a psychopath staring wide-eyed and unblinking into the camera lens.

A newer variant, I discovered, as my nurse tucked the plaid blanket more firmly round my legs and I continued my research, is “squinching”. Portraitist David Hurley advises this as another way of taking the edge of the psychopathy that would otherwise define a generation. It means squinting, but only with the lower bit of your eye. Done right, it makes you look mean, moody and magnificent. Done wrong, it makes you look completely baffled.

Other gleanings before I took my powders, hot milk and the stairlift up to bed was “teeg” – to show your front teeth a little, with your tongue pressed in behind them, much favoured by someone called Lily Allen (who seems like a jolly lass) – and “pruning”. This means pouting very slightly, as if you were saying the word ‘prune’. This is advocated by the Olsen twins, whom I believe from the look of them are a pair of foetuses nearly at full gestation. How excited Mrs Olsen must be!

From our doughty contributors, meanwhile, comes “poldarking” – the practice or competitive sport of scything, according to AustinAllegro. I’m not sure how many conversations amongst his heterosexual female or gay male friends about the Cornish adventurer Mr Allegro has been privy to, but I have heard many and learned much. Chiefly, that the manual harvesting of grain is not quite what springs to many minds if you want to verb his name. Close – it could arguably be a euphemism for a euphemism – but not quite.

Moneill mines not defunct family tin holdings but matters sartorial this week and brings to the surface “hijabster” – a trendy young wearer of the hijab, especially in southeast Asia, like Malaysian pop star Yuna or, closer to home, British Muslim fashion blogger Dina Torkia – and “dadcore”. Which means clothes that might be worn by stereotypical dads but as a fashion product and trend. Unless you are a stereotypical dad. In which case they might just be clothes. I’m not sure. I didn’t even know about smizing. Don’t ask me to try and understand about fashion too.

New contributor lino.goncalves.125 – hello! Welcome! – gives us “thumbsuck” meaning a guess or estimate, which I like very much and intend to use next time an editor asks me when a piece I owe him or her will actually be arriving. “Thumbsuck – Thursday” I reckon I can crank out another 100 words in the baffled pause that follows.

See you then. Keep smizing.