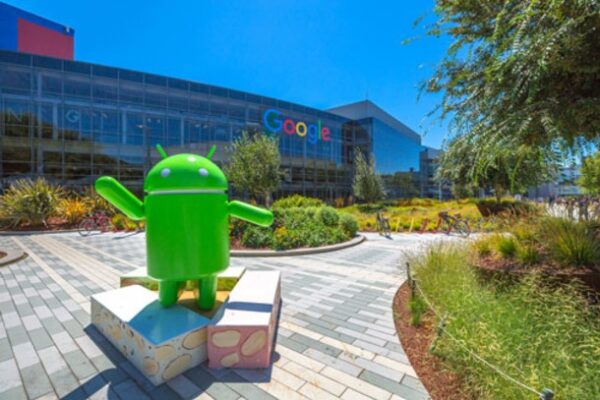 There’s a new Android in town. Yes, while the rest of the world was looking up at the prosaic and commonplace sight of the moon passing in front of the sun, covering the earth in darkness during daylight hours, Google announced the release of the latest version of its world-dominating Android Operating System: version 8.0, affectionately known as Oreo.

As you can see, it continues the practice of naming iterations of Android after sweets and desserts, a tradition which began in 2009, with version 1.5, “Cupcake”. As to why Google uses sweets as codenames, they won’t tell us, but the names are chosen in alphabetical order, so the next one will have to begin with p. However, it probably won’t be “petit four”, as that has already been used as the in-house codename for version 1.1).

Of course, most newly announced high-spec and flagship smartphones are still running version 7, “Nougat”. This includes the Nokia 8. But Nokia hopes to get a jump on the competition with a new feature allowing you to use both the front and rear cameras at the same time. Nokia are hoping a picture taken this way will become known as a bothie, because it’s both a traditional photo and a selfie. (However, in Scotland a bothie will probably continue to mean a farm worker’s summer cottage. Let’s see Nokia include one of those with their phones!)

And if that’s not enough technology vocab this month, the UK is to begin a trial period for automated lorries. That’s right, lorries that drive themselves. What could go wrong?.
The plan is to have one “lead” lorry with a live human driver, and up to three automated lorries travelling in convoy, linked to the leader by WiFi. This is to be called platooning. If it sounds scary, each of the robot lorries will have a human in the cab, ready to take over if need should arise. Because, really, how often does your Bluetooth connection fail?

And lastly, we turn to the IAAF World Championships in Athletics, which were held in London in August. Russia was officially banned, due to a doping scandal, but Russian athletes who were proven not to have taken part in doping were allowed to participate as Authorized Neutral Athletes, representing no country in particular: just their eager, drug-free selves. And it’s a good thing they made it, too, as between them they earned five silver medals and one gold.

In these times of troubling and antagonistic international politics, I’d be willing to declare “ANA” my favourite country. Bless them and their plain white flag with its nondescript black letters. Maybe next time they could choose Helvetica for the font. Nothing’s more neutral than Switzerland, after all.