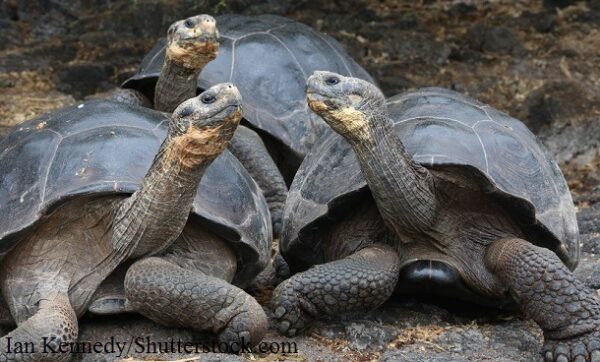 ‘Tortoise armies’, ‘mansplaining’, and ‘tediocre’ – it can only be Lucy Mangan and the latest new word submissions

Our contributors’ submissions this week range from words plucked from the mires of ancient(ish) history to newborn babes which were nobbut a gleam in modernity’s eye a few short weeks or months ago.

Let us proceed chronologically, beginning with tikitaka’s “schiltron”, which derives from the Old English for, literally, “shield-troop” (“scildtruma” was used to mean a phalanx of soldiers, a shelter and a tortoise. If anyone who’s better at declining OE nouns than I am could let me know exactly what our Anglo-Saxon brethren would have shouted if they’d seen a great phalanx of tortoises on the move, I would be beyond happy) and means – well, remember in Braveheart when William Wallace’s men gather into a big group with their shields and pikes facing outwards and all the Englishmen and horses get impaled on them like big bits of cheese on a grapefruit at the world’s worst party? The Scots were a schiltron. The English were messed up.

Then from Mr Mangan, who had spent Saturday taking our small son round the Tower of London – a feat no less courageous than those commemorated in the armoury exhibitions amongst which they spent most of their time – came “partizan”; another pointy weapon but I am assured “different from a pike and a halberd”. He would like to know if this gave birth to the use of “partisan” meaning a fervent adherent of a party or the other way around, or if it’s just coincidence and they both grew out of the “part-“ root independently. I would love to investigate for him, but unfortunately I spent too much time researching schiltrons and now it is time for me to do my share of the week’s childwrangling, so it will have to wait.

Then with a hop, skip and jump over a few centuries we land right up to date with “mansplaining” from Tommy and “manspreading” from AustinAllegro – though I suspect the phenomena they denote have been present throughout recorded time. The former term (certainly popularised and possibly invented by essayist Rebecca Solnit) refers to the practice of men explaining things to women that they really don’t want or need explaining and the latter is the practice of men taking up too much room on bus, train and other public seating by sitting with their legs apart in a manner statistics suggest is unlikely to be physically necessary for more than one in a thousand.

Moving ever more swiftly on, we also have “budtender” – a dispenser of medical marijuana – from DavedWaschman, “tediocre” from Wwonder – whose blend of “tedious” and “mediocre” may not be limited to this age but does seem uniquely well-suited to it – and “afollowgy” from keirawong. That’s an apology via Twitter, made mainly with the aim of damage limitation to an image or brand rather than as an expression of heartfelt regret. ‘But isn’t that true in some sense of all apologies?’, I hear the unregenerate cynic cry. Do we not all apologise at least in part to repair and maintain our self-image, our reputations, our own personal branding if you will?

To which I say – alas, we’re out of space. See you in a fortnight for more of life’s vexed questions and no answers.