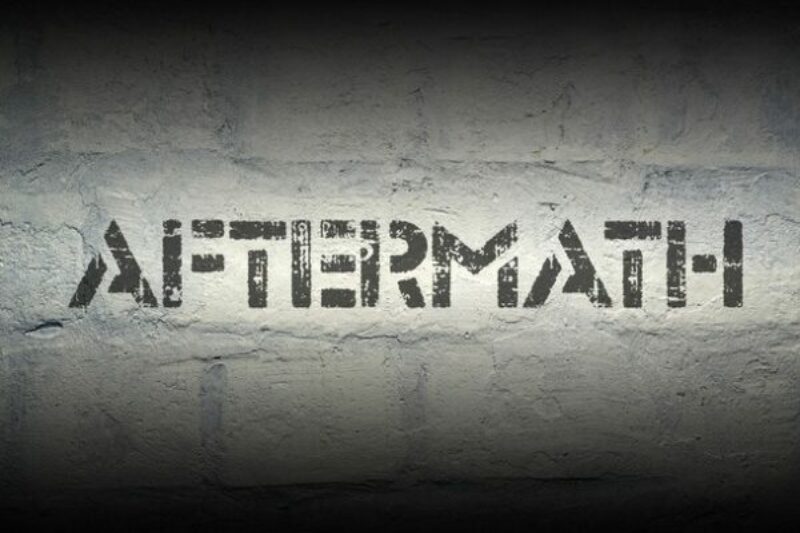 Most words that begin with ‘after-’ are self-explanatory. We can all understand why we talk about an ‘aftertaste’, an ‘aftershock’, or an ‘aftereffect’, but why do we talk about the consequences of an event as its ‘aftermath’?

It turns out that the ‘math’ in ‘aftermath’ has nothing to do with mathematics, but goes back to our agricultural past and an Anglo-Saxon word maeth, which means ‘a mowing’. Most crops are harvested once a year, but in the case of a grass crop, farmers might return and perform a second mowing or ‘aftermath’ after the initial harvest.

What started out as an agricultural term later came to be used metaphorically, so that you could compare a set of conditions that arise in the wake of an event to the fresh grass that springs up after mowing and call the conditions ‘the aftermath’. Over time the metaphor has ousted the literal meaning, and we are now accustomed to talking about the aftermath of an explosion, an earthquake, a war, or some other traumatic event without ever considering the word’s rustic origins.