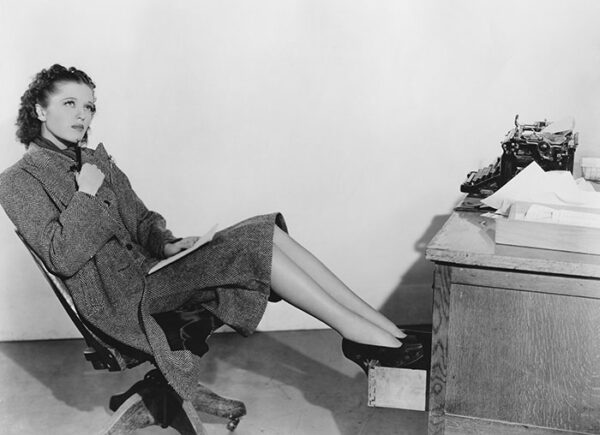 Are you ‘mabobing’? Read Lucy Mangan’s new article to find out.

I am mabobing as I type this, according to CorrinFoley – making random, fidgety movements (banging my foot against the chair, rapping my fingers on the keys between sentences). It’s because I have so many decisions to make in this column, the first of course being whether to argue that ‘mabobing’ should have two ‘b’s in it. I’m assuming, you see, that the delicious fittingness I immediately feel it has for the action described is because of its association with “thingummybob”, or – at a slight orthographical stretch for one who thinks in watery RP – “thingamabob”; that thing you’re thinking of but, you know, can’t quite – oh, what IS it? – bring its name to mind. Which is the mental equivalent of banging your foot against the chair while you wait for the next sentence to arrive.

But if you shorten it to “mabob” and then change the noun into a verb, then you really need to add an extra ‘b’ when you start “mabob(b)ing”, don’t you? Otherwise you risk sounding like Oor “Help ma boab” Wullie and confusing everyone no end. Plus introducing a clear “bobbing” adds an extra layer of resonance – aren’t your thoughts and actions, after all, bobbing around like a little boat at sea?

It’s possible I overthink these things.

I had a more simple response to NAO’s submission of the word “obesitiality” – sex with really fat animals. I laughed my head off. I usually have a quick scout round the internet to see if your contributions are in common use anywhere, but I’ll tell you now I ain’t ever Googling this one. So, I have no idea whether this word or the practice exists, but I enjoyed the former very much at least.

But clearly I am not one for googlesation – the practice of using everyone’s favourite search engine/data looter/tax avoider during online chats to appear to your interlocutors (as long as, one presumes, they are not doing the same) a lot cleverer than you actually are (thank you, daveobot). Though, I suppose, they will know that you are sufficiently intelligent to be able to type like the wind, process whatever you find and turn it into written conversation in a matter of moments which seems to me to be quite clever enough. But then I am someone who passes most of her writing time kicking furniture, so you may legitimately point out that the bar I set is perhaps not challengingly high.

I am certainly in need of finer minds to help me decide where I stand on ClashofClans32’s submissions. I loved “wetal”, meaning “completely covered in water”. It had a nice Anglo-Saxon ring to it which seemed of a piece with its definition – things, after all, will have been completely coverable in water for as long as there have been things and water, both of which, if my History GCSE does not deceive me, were brought over by the Romans. But then there was “crish”, apparently meaning “to crush a certain object”, which I could only make work by imagining that it was meant to be a blend of “crush” and “it” or “this”, which nevertheless left me thinking that the concept was still better and fully served by the words “crush”, “it” and “this”. And then came “fripe” – “to show hunger in fruit”. This baffled me. I called my husband in for guidance. “What would you say ‘to show hunger in fruit’ meant?” I asked. The response was swift and certain. “When it’s showing signs of needing more light or water,” he said. “So it’s too green, or shrivelled. Obviously.”
Which left me wondering how many other things in life there must be by which I am utterly confounded and yet appear as clear and readily comprehensible to others as a silver fish swimming in a crystal sea.