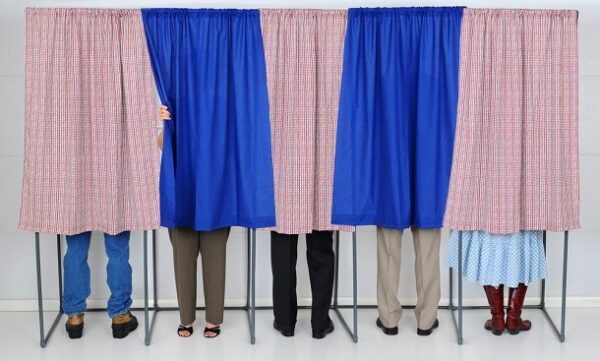 ‘Ecofiscal’, ‘Scotiaphobia’ and ‘Disguss’ – Lucy Mangan casts her vote for your election words

Aha! I see that it has not gone unnoticed amongst our ever-observant readers and contributors that there is a little something I like to call a general election afoot, and you have been submitting your terms according.

Beardyfox has provided us – perhaps optimistically, perhaps a little plaintively? – with “ecofiscal”, to be applied to policies that consider both their environmental and economic impacts (I presume with as little detriment as possible to either, but God knows what UKIP has hidden in its manifesto small print).

Writer and broadcaster Bonnie Greer unofficially (I heard her say it on the radio, though I don’t know if she coined it) contributes “Scotiaphobia”, meaning the scaremongering – or raising of legitimate and robustly-communicated concerns – by a party or parties about the deleterious effect the advent of the SNP in meaningful numbers into the corridors of power would have on the UK. I know nothing about politics in this country, let alone once you throw Scottish nationalists into the mix. But I do know that my grandma was from Edinburgh and were she still alive and returned to office under her chosen motto “Fun’s fun, but that’s sheer nonsense” on May 8, I’d lay odds she could sort this whole sorry place out by close of business May 9. Just saying.

Then, slightly more obliquely, there’s “disguss” from vivauganda – to discuss something with the intention of knocking it down. Ladies and gentlemen, I give you 83 million column inches, a gazillion hours of debate over the airwaves and flumpty billion interviews, pamphlets, claims, counterclaims, photo ops, really weird photos that were definitely not ops because the person in them looks like he has just eaten a worm sandwich/is about to eat a worm sandwich/couldn’t eat a worm sandwich if you closed his hands gently over it and guided it to his flapping lips to disguss, animatedly.

And then there’s vivauganda’s other contribution – homogenuous. A blend of ‘homogeneous’ (a word which one day I am not going to have to need to look up to check whether it’s ‘homogenous’ or ‘homogeneous’ – ideally because a lean, ascetic young man with a rigorous classical education is going to have explained which it is and why) and ‘ingenuous’, it means the act of trusting collectively. As in, “Politicians’ lips drip honey but we’ll see how homogenuous the electorate is when it comes to polling day.”

Finally, there’s Daved_Wachsman’s ‘balloonacy’, which has nothing to do with the election at all but it is so neat a coinage for the state of being mad about ballooning, or balloons, that I wish that both it – and possibly the state itself – had a wider distribution.

That’s all for now, folks – see you all a fortnight closer to the abyss next time.