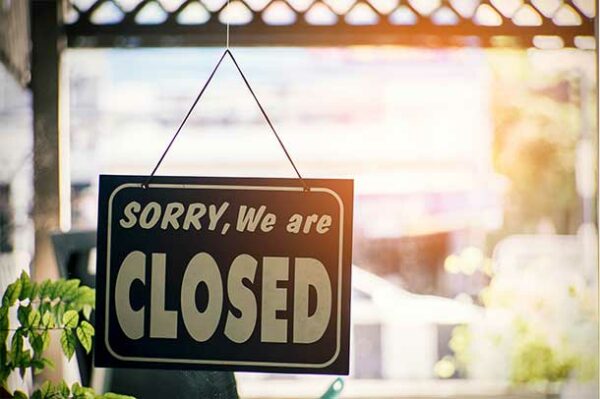 Furlough has featured heavily in UK media recently. So much so, that on BBC Radio 4’s Money Box on 28 March, an expert commented:

And here’s the UK Chancellor: “Employers will be able to contact HMRC for a grant to cover most of the wages of people who are not working but are furloughed and kept on payroll rather than being laid off.”

This is a classic example of a new situation causing English to create new words or to borrow. British English has filched this one from US English. And originally it was a military word.

When employers furlough employees, they instruct them not to turn up for work. It’s an enforced leave of absence, regularly used to cope with business downturns. In the US it’s standard practice and generally unpaid.

Though standard there, in British English it’s a novelty, as the Money Box quote suggests. It’s one of those versatile noun-cum-verbs. The Chancellor made it a verb; here it’s a noun:

Stores, restaurants, and companies across the US are putting staff on furlough as they shut down during the coronavirus outbreak…
BusinessInsider.com, 20 March 2020

Why do we need “furlough”?

Non-essential UK businesses shutting for the time being have no need of staff. Because they’re not trading, finding the money to pay staff is impossible. To avoid redundancies, the government is offering to pay 80% of wages, up to a monthly maximum.

English already had the phrasal verb to lay off. Sometimes that means temporarily. However, just as often in the Collins Corpus laying off means permanently; if temporary, the word temporarily specifies that. In fact, the Chancellor made the contrast between furlough and lay off explicit: “…people who are not working but are furloughed and kept on payroll rather than being laid off.”

Where does it come from?

Ben Jonson is the first known to have used it (1631) in a Dutch-like spelling, vorloffe.

Six years later Robert Monro, a swashbuckling Scottish colonel who raised a mercenary regiment for the Kings of Denmark and Sweden during the Thirty Years’ war, was still spelling it like the original, fore-loofe.

In 1804 the Iron Duke mentioned it in dispatches in its current English uniform, but it wasn’t until the second half of the nineteenth century that the word acquired its current non-military meaning, in the US.

Are there many Dutch words in English?

Yes. The exact number is impossible to pin down. Nevertheless, Dutch is probably the eighth-largest contributor to English, behind Spanish and ahead of Early Scandinavian. Some common-or-garden words (probably) from Dutch are clock, luck, pickle, skipper, smuggle, tub, and, via North America, boss, coleslaw, cookie and waffle.

Describing something as a forlorn hope is to repeat a misinterpretation of Dutch verloren hoop, literally “lost troop”. This was a group of soldiers assigned to an extremely dangerous duty, usually one sent ahead of the main attack and therefore likely to be “lost”, i.e. slaughtered. Forlorn already existed in English meaning “doomed”, so the misinterpretation was logical.

Whether British English furloughs furlough after the current crisis, only time will tell.