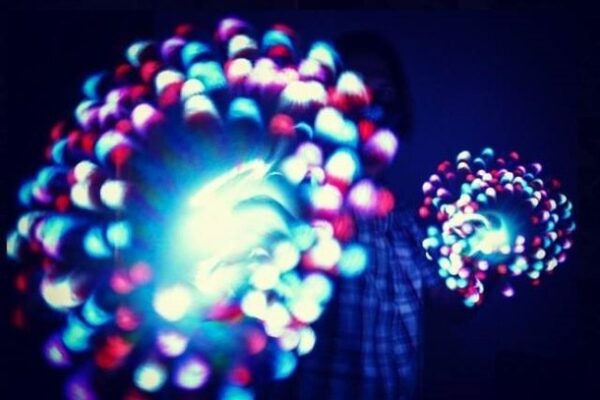 Gloving, Basic Income, and Lemmium: December’s Words in the News

As we settle back into our routines with fresh faces and Christmas behind us, we’re bringing some great neologisms into 2016 that December gifted to our linguistic stockings.

The adjective nonbinary isn’t exactly new, even when referring to gender (where it indicates a person who identifies as neither female nor male, at least not all the time). But it recently cropped up in discussions of the nonbinary pronoun – basically they/them/their – which many US universities are accepting in reference to non binary gender individuals. Originally just the plural pronoun, they/them/their long ago emerged as the preferred pronoun for referring to a hypothetical individual of unspecified gender (as opposed to the previous convention of using he/him/his). However, this use of the they/them/their, to refer to a specific individual whose gender isn’t specified, or at least doesn’t fit neatly into the female/male dichotomy, is new indeed.

Another neologism that arrived in time for Christmas was gloving; the practice of waving an LED-light glove around at raves, creating dazzling patterns of multi-coloured light. Simple though it sounds, the light-glove used for gloving was good enough to merit $1m investment on Shark Tank (the US version of Dragon’s Den, another thing I didn’t realize still existed).

Of course, December is not just the month of Christmas, but also New Year’s Eve (which, by the way, is called Hogmanay in Scotland). And if you’re the kind of person who likes to visit a local takeaway after a night of drinking, you’ll be happy the UK doesn’t have a Shawarma tax. Officially called a “reconstruction tax”, Syria imposed a 10% levy on shawarmas (a takeaway food similar to a kebab) and other common items last month in an attempt to replace income depleted by the country’s on-going conflict.

The established term basic income also made headlines late last month when the Dutch city of Utrecht announced plans to adopt a version of it. Also called Universal Basic Income, it is a monthly “wage” paid to every citizen, no matter what. Utrecht’s plan is to give certain welfare recipients £660 a month, which they keep receiving even if they find employment. (Very generous considering the Green Party of England and Wales only proposed a £70 per month basic income at the general election last year, and the Scottish Green Party’s proposal was only for £100 per month.)

And finally, the year ended with the unexpected death of iconic Motörhead frontman Ian “Lemmy” Kilmister on 29 December. While his music and its influence on the heavy metal genre is a more-than-fitting tribute to his life, some Motörhead fans have started a petition to demand that one of the four as yet unnamed heavy metals recently added to the Periodic Table of Elements be dubbed Lemmium in his honour. I’m hoping they pick element 113.