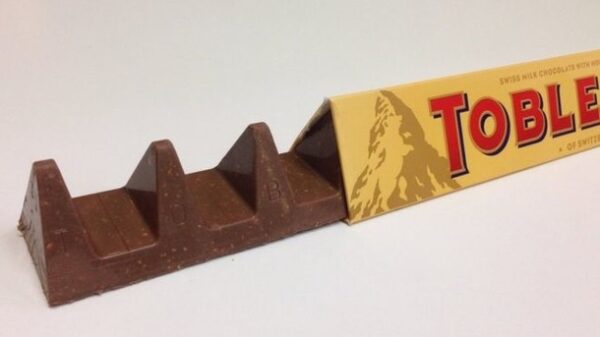 On Tuesday, 8 November 2016, the world witnessed an unanticipated disaster of the highest possible magnitude. Toblerone, the beloved triangular chocolate bar, reduced in size to avoid having to raise its price. This caused chocolate bar’s name to show up basically everywhere, from mainstream news headlines all the way to private text messages. Other vocabulary associated with the news included “stupid”, “idiotic”, and “WTF”, indicating that customers were not pleased. Though on the plus side, former Deputy PM John Prescott tweeted a photo of the new bar, calling it the After Brexit version. Boom boom. Because Brexit is the most shockingly self-destructive democratic decision a major country could take, right?

And on that note, move over Kardashians, because we are entering the age of Melania Trump. The Slovenian-born former model has been on the periphery of news stories for most of the final stage of the US General Election campaigns, but has shot to new prominence now that she is to become the next First Lady of the United States. Of course, not all the attention has been flattering, due to the toupeed elephant in the room, but one of the more legitimate controversies is that she and her son are choosing not to live in the White House. Why should that be a big deal? Well, mostly because of all the people who were hoping her husband wouldn’t win. But also, it increases costs to the taxpayer by requiring security at two locations and Presidential travel between Trump Tower and the White House.

So now let’s face the US Election head-on. Although we should be used to polls being completely wrong by now (UK General Election, EU Referendum), people were genuinely surprised at the result. In fact, the aftermath was eerily reminiscent of the post-Brexit shock here in the UK. But the story has developed from there, leading to esoteric arguments about the popular vote versus the Electoral College.

So what is an Electoral College? It’s “a body of electors chosen by the voters who formally elect the president and vice president”. Basically, when Americans vote for president, they’re not really voting for president. They’re voting to tell their state’s Electors who to vote for. All the Electors vote for whomever won the popular vote in that state. The bigger the state, the more Electors it has, so the more important it is to win the vote in that state. You can win the election by winning fewer states than your opponent, provided your states have more Electors. In this way, it is possible, and in fact not uncommon, to win the election but lose the popular vote.

Why does the US have an Electoral College? Many of Clinton’s voters having been asking themselves that question all month. But the real answer is to prevent questions of legitimacy in the case of a narrow margin. On the morning of 9 November, before all votes were counted, Trump was in the lead on the popular vote, but only by a slim margin. However, he had over 270 Electoral College votes to Clinton’s 218, a clear victory (as the counts continue, the current tally is Trump 306 to Clinton 232, still a comfortable win). When you consider the problems the UK has had with the narrow margin in the EU Referendum, you can see why people thought the Electoral College might be a good idea.

But the US and the UK aren’t the only countries in meltdown. In early November, India made the unexpected decision to ban all its 500 and 1,000 rupee notes, in an effort to fight corruption. This is called demonetization, and it’s not something I expected to be reading about in the news, at least not from the world’s seventh largest economy. The problem is, these two notes represent about 86% of the country’s total currency, so you can imagine what kind of chaos this is causing. Imagine if all your fivers and tenners were suddenly worthless. And not in the Brexit way. Just the notes.