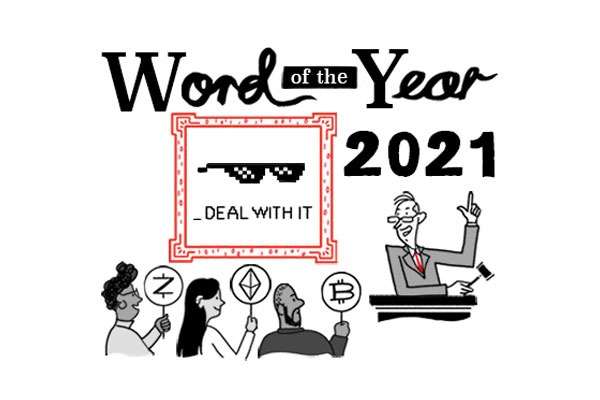 Get your crypto at the ready: NFTs are big in 2021

The digital revolution continues apace, changing our culture, relationships and the way we do business. Facebook recently announced it would change its trading name to Meta to better reflect its interest in the metaverse, a concept that has been described “a dream for the future of the internet” that includes virtual and augmented reality.  Elsewhere, the dominance of traditional forms of money is being challenged by crypto, and while most of us might not understand exactly how it works, plenty of us now recognise the word, shorthand for “cryptocurrency”.

This convergence of money and the internet leads us to 2021’s word of the year: NFT. An abbreviation that stands for “non-fungible token”, it’s certainly a buzzword we’ve heard over and over again in the past 12 months, in breathless news reports and on social media. But what does it actually mean? Collins defines it as “a unique digital certificate, registered in a blockchain, that is used to record ownership of an asset such as an artwork or a collectible”. In other words, it’s a chunk of digital data that records who a piece of digital work belongs to. “Unique” is important here — it’s a one-off, not “fungible” or replaceable by any other piece of data. And what’s really captured the public’s imagination around NFTs is the use of this technology to sell art. For example, the rights to a work by the surrealist digital artist Beeple sold at Christie’s in March for $69m. Called EVERYDAYS: THE FIRST 5000 DAYS, it was a collage of all the images he’d created since he committed in 2007 to making one every day.

The coronavirus pandemic still looms large over us all – meaning that its effects on the English language continue to be felt as well. But while last year saw us getting to grips with names for the disease itself and finding labels for the measures governments were forced to take to stop its spread, we’ve now entered a new phase. This was the year of vaccines, reflected in the fact that double-vaxxed – the badge of honour worn by those who’ve had both doses of the jab – makes the Collins Word of the Year 2021 shortlist. It sits alongside hybrid working as people have begun to return to offices, but only for part of the week: an increasingly common pattern that many experts believe is here to stay. The rocky road back to normality is signalled in this year’s list by pingdemic – the name used by the media to describe the epidemic of absences from work caused by “pings” from apps that warned users if they’d been in close contact with an infected person.

The pandemic hasn’t been the only show in town, of course. The climate crisis remains a preoccupation, particularly in the light of this year’s COP26, so it’s no surprise that climate anxiety makes it onto the list.

The final three words on this year’s shortlist take us into fascinating cultural and linguistic territory. Neopronoun is the word for a novel way of referring to someone without using their name, particularly in order to avoid traditional markers of gender. Contrasting with the conventional pronouns “he” and “she”, neopronouns include “xe”, “ze” and “ve”. Regencycore follows cottagecore and cabincore in referring to a distinctive fashion aesthetic, in this case one inspired by Georgian styles made popular by the TV show Bridgerton. And, last but not least, we have cheugy, the delightfully expressive word that is used to cast aspersions on something that’s now regarded as clunky, out of date and embarrassing, which is often (and please look away now if you’re of a certain age) something from the 2000s. Don’t be cheugy and say “uncool” – use cheugy instead!