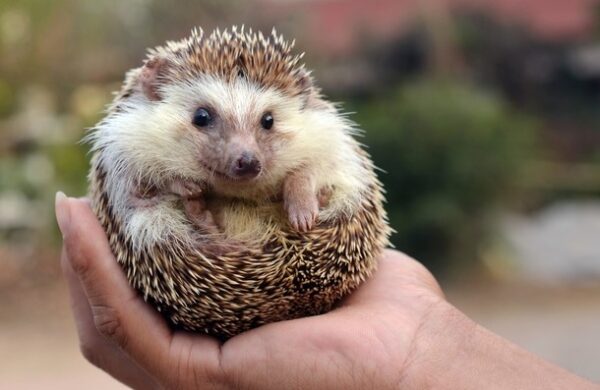 How ‘grammable’ is your ‘hoglet’? Lucy Mangan casts judgment on your new word submissions

I am apparently not allowed to share with you all the new swearwords that spring forth unbidden but fully formed when your tyre blows on a country road on the penultimate day of your holiday and takes half your nearside wing with it, but can I just say they were inventive, full-blooded and deserving of a wider audience than me, a small child in a car seat and a dozen hedgerow sparrows.

Perhaps I can call what happened a vehicular “abend” now that mel999 has introduced me to this term for the sudden and unwanted termination of a computer programme (a combination of “abnormal” and “end”), an event that of course has provoked more full-blooded swearing than any other in recorded history. I shall try, anyway, especially if telling the story in mixed company. I’ll try and get the small child to do likewise, but he seems slightly too thrilled with his new vocabulary gains to admit any more just yet.

(I may, incidentally, nickname him the “hoglet”, which Better_We tells me is the name by which baby hedgehogs are known. I think I must once have known this, but then I don’t understand how I could have forgotten something so terrifically appealing. Hoglet! Of course! Also – as a sidenote to this sidenote – I feel they could be used more on the internet, to give kittens a break. Could someone start hogletting Youtube and their local Gif factory, please?)

From AustinAllegro we have “Nicolabilia”, meaning memorabilia regarding Nicola Sturgeon. I am all for the commemoration in words, objets, plaques, raised glasses of Irn Bru or whatever else of the woman’s rise to greatness, but can I just caution everyone that this needs pronouncing even more carefully than it needs typing? Otherwise you will either end up being sued for obscenity or taking delivery of some very niche memorabilia indeed.

The rather neat “inspionage” comes from basil2. It means the spying that takes place between rival intelligence institutions within a country or rival factions within a large organisation. I like it as an idea for Mission Impossible 27, when Tom Cruise’s joints are getting a little too stiff to do the full international thing. He can go rogue within K-Mart’s R&D arm or something. Stay comfy.

Then there is the rather lovely “anthropophony” from BKrause, referring to all the noises of the natural environment (other than those produced by animals) – the wind in the trees, the rustle of the corn, the babbling of the brook, the loud bang and “fwap-fwap” of a burst and then rapidly shredding tyre… No, it’s a great word and if I ever go into the wretched recovery-service-and-phone-signalless countryside I shall use it with pleasure.

Finally we have two contributions from moneill. “Grammable”, meaning worthy of being posted on Instagram (taking the time to use the ‘Insta’ I presume would defeat the whole ‘insta’ nature of the thing) and “boylesque” – burlesque performed by men. This presents the intriguing notion of a film about the subject starring Frankie Boyle and directed by Danny Boyle, making it very Boylesque indeed – and, as they’re both Scottish, it could be set in Glasgow, funded by the Caledonian arts council and become as fine a piece of Nicolabilia as you could wish to see.

I’ll leave that excellent thought with you until next time.