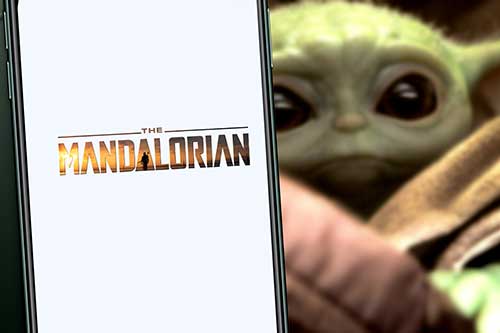 OK Boomer, Fishetarian, and Baby Yoda: Words in the News

If there’s one thing that never changes, it’s inter-generational antagonism. The current incarnation of generational conflict is between the Millennials (also known as Generation Y), born between 1981 and 1996 (according to some reckonings), and the Baby Boomers, born between 1946 and 1964. And by now pretty much everyone has heard the alleged Millennial retort to Baby Boom ire: OK, Boomer. This phrase first began making headlines a couple months ago, when it became an internet meme. In November, in the run-up to Black Friday, reporting on the phrase shifted to focus on “OK, Boomer” as a t-shirt slogan (also found on other giftable items).

Those readers who are members of Generation X or earlier can probably remember a time when people would call themselves vegetarians, even though they still ate fish. Cutting out red meat was all that was required. Nowadays, vegetarian has a stricter definition, and if you exclude all meat except fish from your diet, you probably call yourself a pescatarian. Or you would have, until David Attenborough’s recent interview in The Times, during which he described himself as a fishetarian. While this newer and heretofore less common word means the same thing as pescatarian, it may soon overtake its predecessor in popularity, not only because of the prominence of Mr Attenborough, but because it’s easier to figure out. You don’t need to know the Italian word pesce or the Latin word pisces (both of which mean “fish”), to understand fishetarian. Attenborough’s discussion of his diet also points to another change in how we use such terminology. In the past, many vegetarians cited animal welfare as the principal reason for going veggie. But, increasingly, there is a wider environmental impetus for at least cutting red meat out of your diet: the major impact the beef industry has on greenhouse gas emission and climate change.

Now, whatever generation you belong to, you are probably losing your mind over Baby Yoda. The Walt Disney Company recently launched its own television subscription service, Disney+, and one of its flagship programmes is The Mandalorian. For those whose Star Wars trivia isn’t encyclopaedic, Mandalorians are basically the “Boba Fett” people, and while a Boba-Fett-looking bounty hunter is the intended star of this show, the spotlight has, in fact, been stolen by Baby Yoda. If you haven’t seen it yet, do yourself a favour and google it. Right now. It’s that cute. Technically called “The Child”, this tiny green bundle of adorableness is not, in fact, the famous Yoda as a baby (the series takes place between Return of the Jedi and The Force Awakens), but rather an infant of whatever species Yoda is. We still don’t know what that species is called, so we have dubbed this little cutie “Baby Yoda”.