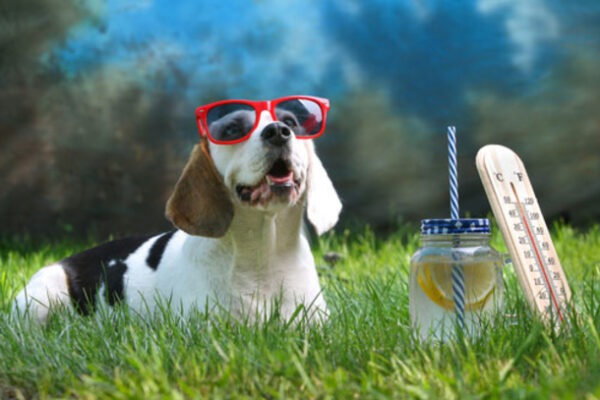 VAR, planebae & a peng sort: July’s Words in the News

A repeat of The Beast from the East might bring blessed relief to many parts of the country, as the hot topic (no pun intended) this month was definitely #HeatwaveUK. Lush green fields are a thing of the past, as the latest satellite images from space show a burnt Britain.

The global heat wave was not the only unusual phenomenon in July. The ominous blood moon, caused by a lunar eclipse, presented itself at the end of the month. The colloquial nickname comes from the coppery red tone of the moon as direct sunlight is blocked by the Earth’s shadow. You may have heard about the blood moon earlier in the month when the USA enjoyed the super blue moon which was a blend of three different lunar events – we all know how Americans love to supersize a good thing. If you were in a part of the UK that was not shrouded by storm clouds, you would have been able to see this phenomenon for over an hour, roughly enough time to round up your werewolf friends and have a good howl.

World Cup 2018 is finally over, with France crowned the winners in a dramatic rainstorm. This year’s tournament provided many dramatic twists and turns thanks to the introduction of VAR, video assistant referee, which can review decisions made by the head referee with the use of video footage and a headset for communication. Whilst VAR is meant to bring logic and objectivity to the game, fans went wild over its inability to detect shirt tugging and foul play, demonstrated by Harry Kane’s romantic tangos with the opposition during the England vs Colombia game.

For those of you bored to tears by football, elsewhere in the world #planebae caused a social media stir and a much needed conversation around doxxing and privacy in a digital age. Once upon a time, an American woman switched seats with a stranger on a plane, supposedly met the man of her dreams, and found her private life splashed all over the internet as the stranger live-tweeted the blossoming romance, including photos and video, which then went viral.

In the heat of the moment, many of the live-tweeter’s followers dug up private information about #planebae without her consent and shared it online (known as doxxing) in a misguided attempt to keep the romance going. The live-tweeter took the situation to her advantage to further her own career, encouraging people to help the not-so-happy couple stay in touch, and #planebae was forced to release a statement declaring the incident was not a romance, but a ‘digital-age cautionary tale about privacy, identity, ethics and consent.’

Nevertheless love was all around us in July as 3.4 million Brits stayed cool indoors with Love Island – a glorious reality TV show featuring beautiful people coupling up for our viewing pleasure. Love Island is a goldmine for a budding word enthusiast, as contestants from all over the UK come together to share their weird and wonderful colloquial phrases. Dr. Alex, a somewhat controversial figure, was educated by his fellow islanders as he learned the difference between a sort and a peng sort, which is apparently one step higher than a regular sort. Confused? Me too. Don’t worry, you can get a crash course in Love Island-ish here.

Love Words in the News? Stay up-to-date with all the latest blog content from Collins Dictionary by subscribing to our newsletter.

By Rachel May Quin
Rachel May Quin is a Campaign Manager at HarperCollins UK with a passion for language, digital marketing, and cats.