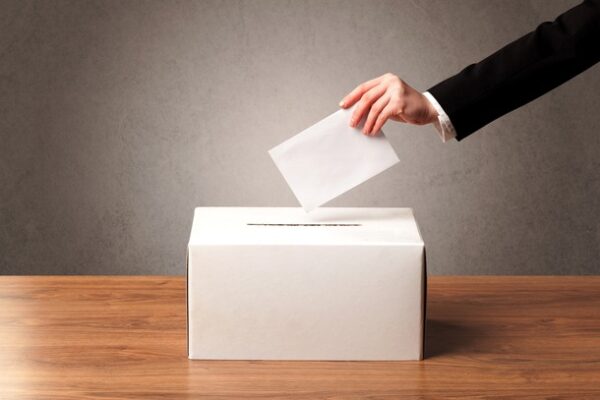 We take a look at the etymology behind the word ‘poll’

People across Britain recently went to the polls in local elections, which raises the question, why do we talk about ‘polls’ and ‘polling stations’ in the context of voting. The word ‘poll’ is of Germanic origin, and first occurs in English in the 13th century, when it meant ‘a head’. Before the days of mass literacy and secret ballots, elections were usually carried out by counting the voters’ heads, and so by the 17th century the meaning of ‘polls’ was extended from ‘heads’ to ‘votes’. This extended meaning has survived even though the original meaning of the word has died out.

The older meaning of ‘poll’ can also be traced in a couple of other familiar words. We still use ‘poleaxe’ (originally an axe used for striking at the head) when we talk of knocking people to the ground with a sudden blow, and we call the larvae of amphibians ‘tadpoles’ (a word which literally means ‘toad heads’, alluding to the fact that they have no limbs and appear to be composed of nothing but their heads).