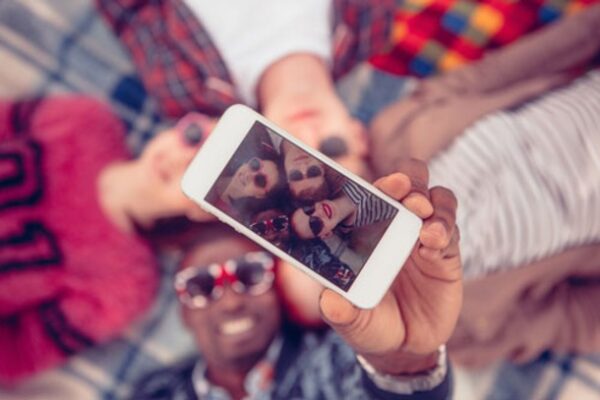 Youies, bothies, there are many ways to photograph a two-faced cat… Lucy Mangan digs into the latest word submissions

Well, hello and welcome back! I hope we’ve all enjoyed the summer break. The modern world has galloped on apace while we’ve been sunning ourselves in Fuengirola , so let’s catch up ASAP…

Contributor runriot informs us that in the world of pixellated pictorial record one can now take a “youie” (a “selfie” of another person, or what the ancients would call “a photograph”) and – coming soon, courtesy of the forthcoming Nokia 8 phone it is rumoured – a “bothie”.

This is not, as I first thought, a snap of both the photographer and someone else (otherwise known as “another photograph”), but a selfie taken using both the back- and forward-facing phone cameras simultaneously. I have thought about this a lot – a lot – and I still cannot envisage how this would work nor what result it would produce. I keep thinking of something like those two-faced kittens and cows that make the headlines occasionally, but surely this cannot be it.

Further selfie-subsets are provided by thomas_dreiling who submits “footsie” (a picture accidentally – or, if you are the former prime minister and his wife on holiday, inexplicably deliberately – taken of your feet) and tikitaka gives us “wefie” (a group selfie, aka “really, just another photograph”).

Tikitaka also submits “Lexit”, meaning the Brexit proposed by the left and not by lexicographers or readers, either of which I hazard could be no worse and could well be substantially better. Ah well.

In our absence, the internet – and subsequently contributor Tommy – has given us “chat fiction”; fictional chat messages published as a novel in episode formats in an app. To quote Dong Nguyen in Unbreakable Kimmy Schmidt – “I know what each of those words mean, but…” There is only so much unreality I can bear. I am seeing little bits of books floating about in the ether – possibly being pawed at by two-faced kittens – until they are vacuumed into phones and arranged in order. I hope this will do until someone better informed comes along to help me.

World events have given us a rich seam of linguistic information to mine (and perhaps, while we’re down there we could build the intercontinental missile-proof bunker whose provision becomes a daily more pressing need).

There’s “kayaktivists”, submitted by another user – protesters in kayaks, currently to be found anywhere gas and oil men are trying to drill through ice or lay pipes under rivers without due process or concern for the environment they’re in; “Antifa” (from WordMonkey) – a member of an anti-facist organisation, often hurled as an insult by those we might logically describe as “profa” or simply “fa”; and “state capture” (from AustinAllegro) – meaning the efforts of a small number of firms, or such actors as the military, ethnic groups or kleptocratic politicians, to use the state to their advantage through illicit, non-transparent provision of private gains to public officials.

Bet you’re glad to be back from holiday now, aren’t you? Happy days.